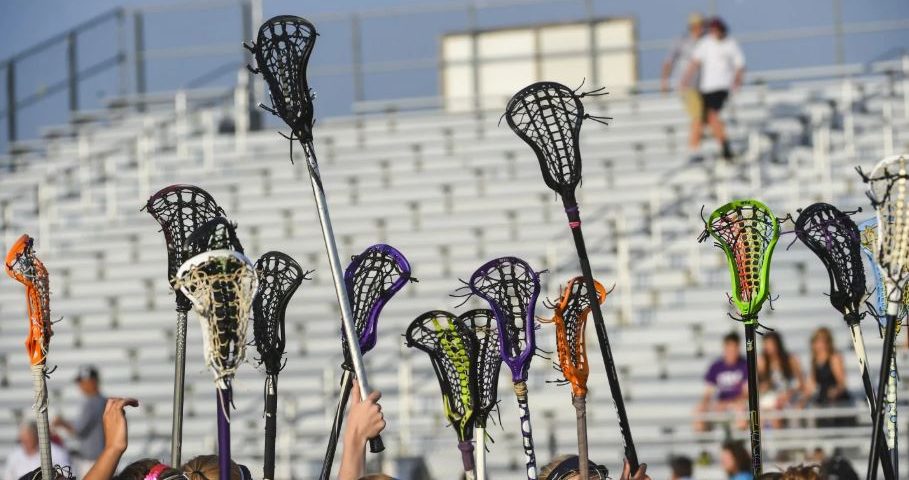 Originally posted by The Washington Post
By Matthew Gutierrez

NORTHPORT, N.Y. — Karen Acompora climbed out of her Lexus RX and walked toward the brick memorial devoted to her fallen son. She surveyed the fountain, glancing at the messages scripted in red bricks.

We Miss You. Love Always, Mom and Dad.

You Are Always in My Heart, Love Liz.

She was quiet. Finally, Acompora spoke. “Beautiful, isn’t it?”

Nearly 20 years ago, her 14-year-old son, Louis, was playing goalie on the freshman lacrosse team at Northport High School, about 45 miles east of Manhattan. On March 25, 2000, during his first high school game, he went to make a routine save. The ball hit him in the chest. He collapsed and died. The tragedy set Acompora and her husband, John, on a journey to find out why.

What she learned pushed her into advocacy. She started the Louis J. Acompora Memorial Foundation and immersed herself in subjects related to his death: chest protection; cardiac arrest; portable defibrillators; the sudden, often lethal disruption of the heart’s rhythm known as commotio cordis.

As a new lacrosse season begins, a breakthrough is on the way: Beginning next year, rules enacted by U.S. Lacrosse for boys’ and girls’ youth leagues will require that all goalie chest protectors must meet a new performance standard. In 2022, all field players in boys’ lacrosse must wear protection for commotio cordis that also meets the standard.

The selling of CTE: How the ‘Concussion’ doctor has built a career on distorted science

On a visit to her son’s memorial this past summer, Karen Acompora walked toward the nearby high school lacrosse field. She pointed to the middle of the field, on the sideline, where she says an automated external defibrillator (AED) should be placed in a red bag during practices and games.

“As soon as you witness that event, you get that AED,” Acompora said. “You’re going to save somebody’s life.”

The portable devices are designed to deliver a shock to a victim of sudden cardiac arrest within five minutes of the person collapsing, according to Mark S. Link, a Boston-based cardiologist who specializes in heart-rhythm disorders. Acompora works to spread the word to school administrators, coaches, trainers and parents that they need an AED on every lacrosse and baseball field.

She wants her son’s story to serve as a cautionary tale.

“Louis gave me a job. I wasn’t given a choice,” she said. “He passed right in our laps.”

The day Louis Acompora collapsed, the team came over to the family’s house, where players cut out pieces of his uniform. Karen and John Acompora still wear a part of his jersey every day, in a pin and necklace, just over their hearts. His jersey hangs on a wall near her basement office.

Louis’s death almost immediately prompted his parents into action. By June 2000, the Acomporas held their first conference. Seven months after Louis died, legislation was passed in Suffolk County, N.Y., where they lived, that required AEDs in all county buildings and parks. In 2002, the state legislature passed Louis’s Law, requiring AEDs on athletic fields and in all New York state school environments.

“It saved our lives,” Karen Acompora said. “I talk about Louis every day.”

Despite the progress, Karen and John Acompora keep striving. “We’re still in infancy here,” she said. There are about 30 cases per year of commotio cordis, the condition that killed Louis and is caused by a direct hit to the chest. It’s the second-leading cause of sudden death in young athletes, according to Link.

The problem, Karen Acompora says, is that most people don’t know the damage a ball can cause and what an AED can do.

She said she has visited schools to advocate for the importance of AEDs only to sometimes find devices with expired pads or batteries, or placed in the nurse’s office where they cannot be immediately accessed in case of emergency.

“I thought we would be done 10 years ago,” John Acompora said. “When Louis passed away and I found out what an AED did and how easy CPR is to learn, I thought this was a no-brainer.

“Louis was 14 when he passed. I said, by the time Louis turns 21, I think we’ll be done with this project. This is common sense. Here we are 19 years later, still trying to teach common sense.”

The Acomporas’ work inspired Felice Goldblum, a Baltimore paramedic whose son plays on the Boys’ Latin School lacrosse team. After hearing of Louis’s story, she asked her son where his school’s AED was. There wasn’t one. Last year she helped U.S. Lacrosse launch A Player’s Pulse, an initiative to get an AED on every lacrosse field in the country.

But raising awareness isn’t easy. Though AEDs cost roughly one-third as much as they did at the time of Louis’s death, they still run about $1,300 apiece. And commotio cordis is obscure enough that it’s hard to understand the risk. Drew Thompson, Louis’s best friend who went to play at the University of Virginia and in Major League Lacrosse, said there’s reluctance among players to adopt safety measures because there’s a prevailing notion that tragedy won’t happen to them.

“It didn’t scare us at all,” Thompson said of playing after Louis died.

Since Louis’ Law was passed, Karen Acompora has kept an Excel document logging the name, age, location and circumstance of incidents in which an AED has saved a life. It’s a reminder of the work she has done and the work she still has to do. In honor of the 20th anniversary of her son’s death, she wants to track down people on the list and see how they feel years later.

“Maybe in a way it’s a little bittersweet,” Karen said. “I wish Louis was on the survivor sheet, but unfortunately, tragically, he’s not. It makes me know what we’re doing is the absolute right thing. It’s Louis’s legacy.”