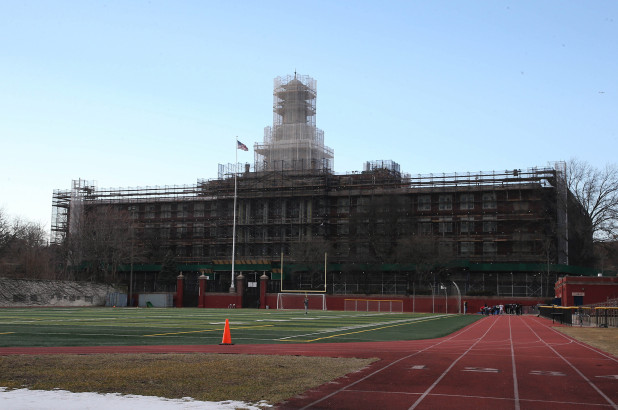 A Brooklyn high school lifeguard saved a drowning student on Monday — performing CPR and, with the help of an on-campus doctor, zapping him back to life with two shots from a defibrillator, sources said.

The 15-year-old was in the pool during a swim class at the Franklin K. Lane Campus on Jamaica Avenue when he went under around 3 p.m., the sources said.

The lifeguard sprang to action, pulling the teen from the water and bringing him back to life before EMTs arrived and rushed the boy to Jamaica Hospital.

A doctor who works at the school-based health center assisted in the rescue, which was after classes let out for the day.

“We were outside and all of the sudden a bunch of police cars and ambulances came,” said Julia Jahlyia, a 15-year-old freshman at Urban Assembly High School, one of at least six schools to share the Franklin K. Lane campus.

“They went in and brought the body out on a stretcher,” DOE officials said.

The boy’s swim class was being led by Cypress Hill Local Development Corporation, a community organization. The city will conduct a full investigation to see what happened.

“Safety always comes first, and a lifeguard immediately dove into the pool,” said DOE spokesperson Miranda Barbot. “The student is in stable condition, and we will provide additional counseling support to the school community.”