The LAX Community: A Glimpse into Safety Measures 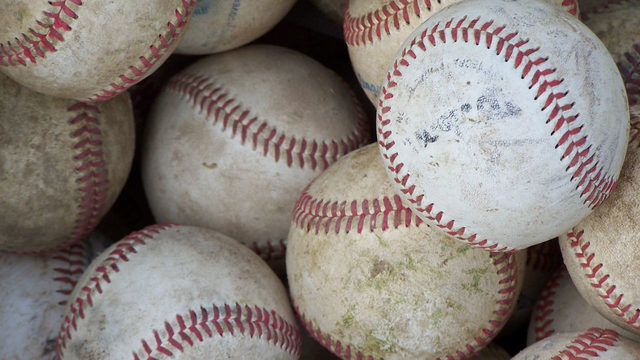 Little Leaguers playing in any of the parks in New York City this spring will be given a free automated external defibrillator, thanks to a new law.

Last year, the City Council voted to make defibrillators available to youth baseball teams and require defibrillators at games and practices, making New York the first U.S. city to pass such a law. The legislation, sponsored by Council members Steven Matteo and Corey Johnson, went into effect in January.

“An automated external defibrillator (AED) is a person’s best chance of surviving a sudden cardiac death (SCD). This legislation will dramatically expand access to AEDs, along with proper training, for thousands of little league teams, free of charge,” Matteo said in a news release last year.

Commotio cordis, a medical phenomenon in which a sudden blunt impact to the chest causes death in the absence of cardiac damage, is linked to sudden cardiac death. It is most commonly seen in baseball. The National Federation of State High School Associations estimates there are 10 to 25 cases of sudden cardiac death per year in individuals younger than 30.

The new law is an extension of a previous one that required AEDs in places such as schools, municipal buildings, transportation hubs, airports, stadiums and museums. The New York City Department of Parks and Recreation had been required to choose six parks in each borough to place AEDs. Now, the city must “also provide AEDs to every team in a youth baseball league playing on city-owned land at no cost,” according to a news release.

This will be the first time each youth baseball team in New York will open the season with its own AED, according Peter Spencer, Matteo’s chief of operations.

The city is also required to provide free training on the use of AEDs to coaches and umpires. Baseball leagues that use city-owned parks would be required to bring an AED to every game and practice, and to ensure that someone trained to use it was present.

To receive the AEDs, youth baseball leagues must request a permit through the city to use a park or field for their teams and attend a training session. After the training, the city will provide an AED for each team in a league. Leagues that do not comply with the policy will be subject to warnings, fines and denials of permits.

Philips is providing the AEDs, which are estimated to cost the city $6 million over the next six years. Since the new program began, the city has bought over 1,800 AEDs and trained more than 2,500 people on using them.

“The bill is expected to be fully implemented this upcoming season, as the city is just completing initial AED training and distribution for all Little Leagues. I hope no one ever has to use these devices, but as a parent myself, it is a comfort to know these lifesaving devices are readily available,” Matteo said.

Spencer said a bill to expand the AED requirement to softball leagues is going through a hearing process.

Public response to the new law has been positive, as has feedback on AED training, according to Crystal Howard, the parks department’s director of media relations.

“Every year, you read about some little boy or girl who is hit in the chest at the wrong moment, and the heart stops,” said Mike Schneider, president of Greenwich Village Little League. “We talk about the fact that, God forbid, if it happened to one of our kids — and we have 800 of them — the whole thing would be worth it.”

In the past five years, Schneider said, his program has become more “health-conscious,” requiring heart guards — a chest protector to reduce a blunt impact to the heart — on players of certain ages and requiring players to show the AED to an umpire.

Although Schneider said he believes the city program is in children’s best interest, he also has some concerns, such as getting parents or coaches to volunteer their time to attend training or getting insurance for the AEDs. However, he said he supports any efforts that prioritize the health, safety and enjoyment of the kids.

“I think it’s the right step,” he added. “Every single person on my board has been happy about the city’s interest in doing things for the health of the city.”