Featured on One Nation with Brian Kilmead 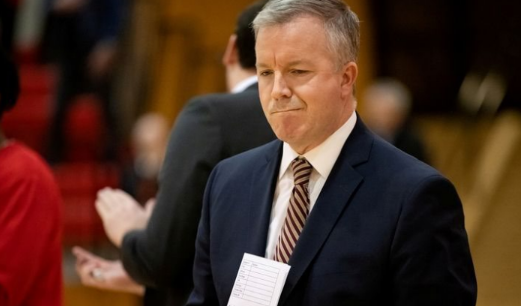 The Chaminade players filed out of the winning locker room on Thursday night, their faces both weary and happy. The Flyers were at the close of a gut-wrenching 48 hours and an impressive 80-64 non-conference victory over  defending Suffolk Class A champion Kings Park was in the books.

The moment they’d all hoped for had come: a group trip to visit fallen  teammate PJ Kellachan at his Rockville Centre home.

At Tuesday’s afternoon practice, on that same Chaminade Activities and  Athletic Center court, the 6-8 Kellachan walked away from a drill, collapsed  near the sideline in a seizure and slipped into cardiac arrest. Chaminade  assistant coach Bob Paul and athletic trainer Jorge Vargas were able to  resuscitate him by performing CPR and the use of an automated external  defibrillator just before paramedics arrived to transport Kellachan to Winthrop  Hospital.

Paul was at his station on the bench and Vargas at his table behind it on  Thursday to see senior Dave DeBusschere score 24 points, Antoni Vlogianitis  put up 19 points and nine rebonds, junior Joe Knaus net 14 points and Brad  Wyckoff amass 12 points, 11 rebounds and 10 assists. And while neither  played a minute, Paul and Vargas stood out as Chaminade’s most outstanding  performers.

“They are definitely heroes,” said senior Jack Shevlin, a friend of Kellachan’s  since grade school and his daily companion for the ride to school. “Without  them, we don’t know what happens to PJ.”

Kellachan’s collapse was the beginning of what Chaminade coach Dan Feeney  described as “8-10 harrowing minutes” and a tough night for all who went to  Winthrop.

“I’ve seen students have a seizure in classes I’ve taught and the way he went to  one knee and then landed, I knew that’s what it was,” Paul said. “Then it  became a very serious situation.”

Vargas was summoned immediately. The convulsions ceased, but Vargas said  “you could see his skin color change and there was no pulse.” A courtside AED  was employed, its pads connected to Kellachan’s torso. After its initial  discharge, it instructed to begin CPR. Vargas did chest compressions. Paul did  Kellachan’s breathing.

“We’d done about six cycles and I started to feel a pulse,” Paul said. Use of the  AED restored a regular heart rhythm, and Kellachan began breathing on his  own again.

As all this unfolded, Feeney dispatched the rest of the Flyers to roles like  hailing the ambulance, directing it and clearing a path for the stretcher. And  then he needed to make one of the toughest calls of his life: to Kellachan’s  mother, Lisa.

“A tough call and when do you make it? I was glad they got him back right  before I reached her,” Feeney said. “How do you explain this to a parent who  entrusts you with their kid?”

The Flyers gathered in their film room at 8 a.m. on Wednesday and Feeney  asked them if they still wanted to face the Kingsmen and then left them to  deliberate.

“We knew he’d want us to play,” DeBusschere said. “He loves to play. He’d  want to play. So we decided together to play.”

Chaminade’s precision offense showed no indications of the high emotions.  Though Matty Garside would score 31 points for the Kingsmen (1-3),  Chaminade began to pull away behind a 10-point second quarter by  Vlogianitis. The Flyers (3-1) led 41-28 at the half and got the margin as high as  20 on a Knaus three-pointer with 1:59 to play.

“This was a big game considering all that happened,” Vlogianitis said. “We  knew he’d be watching (the livestream) and we wanted to win this for him.”

After a day of tests Kellachan was discharged and Feeney said the prognosis is  good for a return to basketball with the proper treatment. But for that moment  after the game, all the Flyers were single-minded.

“They want their friend back,” Feeney said.